Some play bingo for the fun of it, while others like playing bingo online for money. They hope their time spent playing will be rewarded with a hefty cash prize.

Bingo is hugely popular online, but therein lies the key problem: how to make money from it when there are loads of other players trying to do the same. After all, not everyone can claim ‘Bingo!’ and walk away richer than they were before.

Let’s look at the story of John Orchard, who is arguably the luckiest bingo player in the world. He just so happens to hold the world record for the largest amount of money won in a bingo game.

The Jobcentre worker was 60 years old when he scooped the huge cash prize of £5.9 million back in 2012. He’s admitted that this sum was life-changing.

Believe it or not, he had only been playing at Butlersbingo for a few days when he scored the unprecedented win on a bet of just 30p.

Once the money was credited to his account, he was able to quit his day job and go on holiday with his wife more. He even traded in his old car for a brand, spanking new Jaguar XF!

So yes, it’s possible to win life-changing sums of money just by playing online bingo. But, only a handful people have ever won such huge cash prizes like John’s.

Still, even if you’re more likely to win little bits of cash here and there, surely it’s better than winning nothing at all? There are no definitive rules as to how you can earn money playing online bingo.

There are, however, a few things you need if you’re going to maximise your chances of winning a nice cash prize.

For games of chance where money is involved, knowledge is very important. If you want to make money playing online bingo, you need to know all the ins and outs of the game and how it works, otherwise you could be setting yourself up for a fall. It’s also important for you to know where to play and how much money you should be wagering.

On the other hand, if it’s larger sums of money you want to try to win, find bingo rooms with more expensive cards and look out for tournaments.

Many good bingo sites regularly hold tournaments – the more players, the greater the cash prize will be. Also, be sure to take advantage of each and every bonus and promotional offer the bingo site offers. 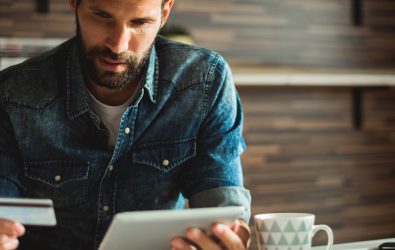 If you’re going to play online bingo and make money from it, you need to have some money to invest in it. You could be playing for quite a while before you see any wins.

Even if you do, the wins may well be lower than the amount of money you’ve spent playing. It’s always a good idea to keep on top of how much you’ve been spending playing bingo online so you don’t end up playing with money you can’t afford to lose.

Some people like John Orchard are lucky enough to win big after playing for a short amount of time. However, for most players it’s a case of playing persistently, forever hoping for the day when that big win will come.

Technically speaking, the more you play, the greater the chances are of you winning.

There’s no telling, of course, just how much time you need to invest before you eventually become a winner. Hopefully you’ll win sooner rather than later, but you have to prepare yourself for the long haul as there’s no telling when you might win.

Someone who plays online bingo round-the-clock could fill to win a single penny; someone who’s only a beginner might just happen to win a huge sum of money. Ultimately, when it comes to online bingo and any other sort of game of chance, it’s about luck.

Without luck, you’re not going to win, even if you have a load of expertise and time on your hands. Of course, there’s nothing you can really do to improve your luck. So whenever you do play, you’ve just got to hope it’s your lucky day.

It’s definitely worth following the tips given here and playing online bingo. It’s incredibly fun to play and even if you don’t end up winning, at least you can say you’ve enjoyed it.

You might, of course be lucky enough to earn yourself a win or two. Who knows, you might even land that next record-breaking, multi-million pound cash prize…