Chances are if you’re thinking about eSports betting, you’ve heard of eSports. For those that haven’t, eSports is a catch-all term to describe competitive video gaming.

Major eSports titles include League of Legends, Counter-Strike: Global Offensive (CS:GO), and Defence of the Ancients 2 (DOTA2). These popular titles have well-established and regulated professional environments with strict rules, a massive skill ceiling, and huge fanbase.

Unlike football and other physical sports, there’s a good chance that you’ll never go to an actual arena. Betting on virtual sports, of course takes place almost exclusively on virtual platforms.

Some venues in Las Vegas have experimented with offering eSports betting on the premises. However,  most wagering options are only available online.

eSports betting works much like betting on regular sports and other sorts of events. It involves making a wager on a team to either win or lose a game or series of games. In most eSports titles, teams consist of five players.

One of your jobs as an eSports bettor is to learn as much about the players and their background as possible. Doing so should help you accurately predict the outcome.

Before we talk about what platforms to use, let’s start off with the basics – here’s what you need to get a handle on before you take the plunge.

Get to know the game

Part of why eSports have become so popular is the intimidating mastery the most dedicated players can achieve. These games aren’t just mechanically intensive, they’re volatile, intricate, and complex.

Players have to work as a team to balance delicate in-game economies, constantly monitor the behaviour of their opponents, and adjust their own actions accordingly. Understanding the rules and different ‘positions’ is just as essential when it comes to understanding eSports as it is any other game.

Thankfully, you can play the games yourself on any Windows PC. Two out of three of the most popular eSports titles – LoL, CS:GO, DOTA2 – are free-to-play. CS:GO can be picked up for a mere $15 on Steam.

We can’t stress enough how important it is to at least try playing the game yourself before you begin betting on it. You’ll enjoy the entire experience a lot more. Responsible eSports betting is meant to enhance the viewing experience.

Being able to recognise the immense skill of eSports pros means that even if you’re not winning the bet, you’ll be able to appreciate their abilities. When the casters start shouting about an amazing play, knowing why they’re yelling makes a big difference.

Get to know the players and the teams

Every move counts in eSports, and every player easily has the influence to determine a match. While traditional sports enjoy the luxury of well-defined seasons, roster changes are far more frequent in eSports.

Pick out good news sources and analysts with strong opinions about players and teams. They can give you some insight on what is happening and whether or not it bodes well for your team.

It’s important to remember that the eSports scene is international. Player identities and personalities are therefore more important than you might expect.

You don’t have to know everything about a team in order to place an informed bet, but pay attention the rosters. Is a player competing against former teammates? Is there a language barrier between them and their team? Are there any stability issues or drama involving the team or the organisation that might affect their performance?

Statistics-based analysis is the strongest weapon at your disposal. Do bear in mind, though, that the above factors can inevitably play a role in the outcome of a game. 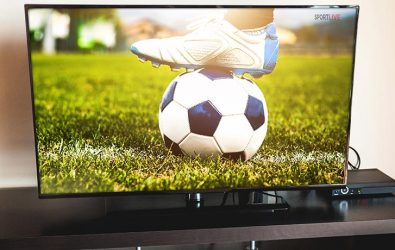 Get to know the scene

Much like any sport, there are a lot of opinions circulating about players, match ups, and the future of the sport. In the beginning, it can feel overwhelming – especially if you are new to gaming in general.

It’s easier to find a personality that you align with and don’t mind listening to. A lot of the announcers or “casters” are big names in their respective eSport. It’s often easy to find their thoughts on other digital platforms like YouTube and social media. Many casters got started through their love of the game and own analysis.

Find a caster you like. Listen to them explain the game, talk about what excites them, and their personal insights. Doing this will give you a chance to find your preferred news outlet and get an idea of analysis looks like.

With how passionate this group is, you’ll probably find some great extra content that is both funny and ignites some eSports excitement in you too.

This is the difficult part. As esports expands dramatically, so do the surrounding markets. This includes the undeniably lucrative eSports betting one. Let’s take a look into what makes up a good site in the next section.

How do you know if an eSports betting site is legit?

There are lots of eSports gambling sites out there. However, there is a general lack of regulation in the market. This means that there are, unfortunately, many different ways to be scammed out of your hard-earned dough.

1) Stay away from esports betting sites marketed towards children. ESports consumers tend to be a bit younger than the audience for traditional sports. If you look at the audience at a tournaments, you’ll see a huge crowd of millennials and those fresh out of school.

The reality is that the overall audience includes a massive underage population. It is video games, after all. Any site you see that advertises with bright colours or doesn’t ask for age, might be less than legit. Such sites may also allow underage gambling to take place.

You don’t want to end up pouring money into something that might get shut down tomorrow. Pay attention to the subtleties.

Be mindful of the company and whether or not they have an established base. You can easily judge this from their social media. Be aware that companies are getting smarter and better at advertising on these platforms.

Reddit in particular will have users quick to point out what they think is advertising or a company spokesperson in disguise. Steer clear of companies with dubious or low-effort marketing campaigns.

The legit eSports betting sites tend to be the larger ones, and evaluating the quality of their advertising is a good way to separate the wheat from the chaff. Read through the comments and take everything with a grain of salt.

3) Ask yourself basic questions about legitimacy. Is the site licensed? Does it look professional? Can I find contact information on site holders easily? Are there support options in case I have a problem?

Has anyone reported issues with withdrawing winnings from their account? Is the site new, or has it been around for a while? Just like you would assess any site before using, make sure your site is well-reviewed, well-established, and above board on all legal matters.

After that, it’s a matter of personal preference.

If the site you are considering doesn’t check all of these boxes, steer clear! After you are more familiar with the game, the scene, and have a good idea of which teams are on the rise, start small to feel out the speed of betting in your chosen title.

Practice responsible behaviour, like enforcing a limit on the number or volume of bets that you place. eSports is still new and growing, just like your burgeoning eSports betting career.