For UK punters, it will take something special to unseat football and horse racing as the two most popular sports to bet on.

Others, such as tennis and golf, can be highly profitable, but people wager tens of millions of pounds on the ‘beautiful game’ and the racing…and that won’t be changing any time soon.

But sportsbooks offer dozens of options if your tastes are somewhat more niche. Here are some of the more unusual sports to bet on.

Whether we would class the antics of the World Wrestling Entertainment as sport or not is open to debate. What is certain is that the WWE is a rapidly-growing betting market.

If that seems strange because the action is scripted and thus the winner of each match is known in advance then yep, we’re with you on that.

The odds are typically weighted heavily in one wrestler’s favour, although shock results do happen. For example, Brock Lesnar was priced at 10/1 when he defeated the Undertaker at Wrestlemania 30.

Fewer scripts, more grapples. Sumo wrestling remains one of Japan’s most beloved activities. Incredibly, it is one of the most widely bet-upon sports in Asia and beyond.

The events that attract the most money are the Japanese Honbasho events, of which there are six each year.

Futsal, for the uninitiated, is essentially indoor football played with five players per team and a smaller, softer ball. It might not have the glitz and glamour of football, but for players seeking a more technical alternative to the ‘beautiful game’ it is rapidly growing in popularity.

As is often the case with fast-rising sports in the UK and beyond, the bookmakers have been quick to get on board. Game lines, money lines and handicaps can all be wagered upon.

There are numerous different disciplines available in competitive sailing. While the opportunity to place bets upon these can often be scarce, you will find markets available throughout the year.

The big regattas are your best opportunity. The America’s Cup and Louis Vuitton Cup are perhaps the most well-supported amongst the punting community.

You might think that surfing is a super-cool pastime that is exclusive to those lucky enough to live by the ocean, but remarkably there is a competitive element to it as well courtesy of the World Surf League (WSL).

Each surfer is judged by a panel on degree of difficulty (of their moves), innovation, speed, power and variety. And if you’re looking to ‘hang ten’ with some bets then you will find many bookmakers accepting wagers on WSL events.

The Ball’s in Your Court: Tips for Betting on Tennis Matches 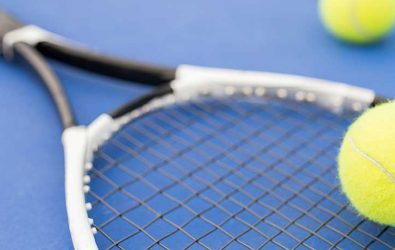 Related Search Topics:
Determine the Best Bets in Craps
Play Live Blackjack
The Best Website for Sports Betting
Figure out the Best Numbers to Use in Roulette

If you know your horses you will know that trotting is the movement between walking and galloping; a sort of half-hearted jog for humans.

Trotting is a competitive sport believe it or not, with jockeys taking the ride in a sort of cart – known as a ‘sulky’.

Some bookies offer full race cards for trotting events, typically from Australian meetings, while the Prix d’Amerique is the sport’s flagship race.

It may be a sport almost wholly indigenous to Australia, but Aussie rules is popular around the globe. This is thanks to its combination of high octane action and myriad betting opportunities.

The AFL (Australian Football League) is your best outlet for wagers; here you can bet on the outright winner of the tournament, individual game lines and the Brownlow Medal, awarded to the player who is judged to make the most impact over the course of a season.

No, hurling is not an activity associated with vomiting after a night on the Pina Coladas. Instead it is an Irish sport that has been played for more than 3,000 years in the country.

It is a form of hockey where the players attempt to hit the ball into the goal. A set of rugby posts make up the goal, and if a player hits the ball over the bar it is worth one point; if it goes into the net below it is worth three.

The All-Ireland Senior Hurling Championship is the premier event to bet on, with individual game lines and handicaps available as well as outright markets covering the prestigious competition.

In some respects Gaelic football shares similarities with hurling. The Gaelic Athletic Association (GAA) governs both of them and they both feature that set of posts with the net on.

But there are no sticks in Gaelic football, and instead rugby is perhaps the best touch-point (despite this version of football not being full contact). The object is to kick or punch the ball over or under the bar to score one point and three points respectively.

Various markets are available for each GAA fixture. There are also outright markets for those wanting to bet on the championship winner.

Handball is a sort of Frankenstein sport: it features elements of football, basketball and rugby to create a high-scoring sport containing plenty of end-to-end action. Players pass the ball from hand to hand with the aim of throwing it into the opponents’ goal. The simplicity in the game has led to it being an Olympic sport since the 1970s.

Major leagues, as well as occasional international tournaments, take place across Europe. Handball betting opportunities are frequent and readily available with a number of sportsbooks.