If you’re thinking to yourself ‘what can I bet on?’ don’t worry. There are plenty of out-of-the-ordinary things you can place bets on, though this hasn’t always been the case.

Betting on sporting events dates back more than a century in the UK, with horse racing and then football the key drivers of an industry that remains as profitable as ever to this day.

As time passed by more and more sports were added to bookmakers’ portfolios, and here we are today with a stacked A-Z of markets to bet on.

But never ones to rest on their laurels (or their profit margins), sportsbooks have devised a number of novelty markets to pique the interest of potential punters who are searching for something a little bit different to have a flutter on.

Here are nine of the most bizarre things you can place bets on in 2017:

In this digital age, is it any surprise that we can bet on people playing computer games against one another?

Titles such as League of Legends, Counterstrike, Dota 2 and Heroes of the Storm are all big business these days. Opportunities exist with a number of bookmakers to place bets on the various esports matches and competitions that take place throughout the week.

Betting on political events has grown in popularity in recent times and why not: these tend to be profitable ground for punters.

In the past year or so we have seen two political ‘underdogs’ winning – the Brexit vote in the UK and Donald Trump taking down the US Presidential race – and both of those secured outstanding payouts for those brave (crazy!?) enough to wager upon them.

The Eurovision Song Contest was founded in 1956….and betting markets on the ever-popular singing show have been live almost ever since.

The foundation of the semi-final stage of the competition has made this easier in recent years. It enables punters to see the acts in action before the big day – perfect for identifying any potential toe-tapping champions.

10 less common sports to bet on 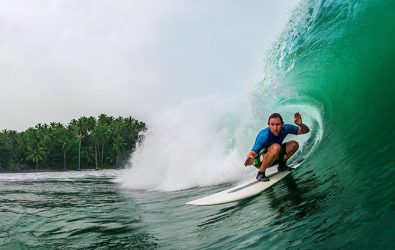 Reality television is very much a modern day concern, and bookmakers – never slow to take advantage of a pop culture phenomenon – have created betting opportunities for eagle-eyed observers.

So nowadays we can place bets on the winner of the X Factor, Britain’s Got Talent, Strictly Come Dancing and many more. If a show captures the public’s imagination and has a competitive element to it, you can rest assured the bookies will want a taste of the action.

5. BBC Sports Personality of the Year

The annual poll to decide Britain’s favourite sporting star sees the voting public decide the winner, rather than a panel of experts. If punters can tap into the nation’s way of thinking then they have a great chance of netting some profit.

Factors that can sway the voters – such as a particularly heartbreaking or inspirational story – will often outweigh the basic achievements of those sportsmen and women nominated for honours.

Yep, you read that correctly. You can even place a bet on who you think will replace Francis I as the next Pope!

We’re not sure how the Roman Catholic church will view such a betting market, but if you have a sneaky suspicious about who will rule the Vatican next then put your money where your mouth is.

7. The next James Bond

Just as important as Francis I’s successor is the identity of the actor who will replace Daniel Craig in the famous tuxedo.

This betting market tends to be highly volatile with huge price changes when some news ‘leaks’ to the tabloids, so if you get some inside information be sure to take advantage.

It’s amazing really that most weather stations struggle to get the weather forecast correct on a day-to day-basis, but most sportsbooks will let you place bets on a variety of markets to do with the weather.

If you fancy yourself as something of an amateur meteorologist, here’s one way you can make your hobby pay.

If actually playing the lottery isn’t enough of a ‘gamble’ for you, then how about betting on the outcome of the draw?

You can wager upon the colour of the first ball drawn or the bonus ball, and whether it will be an odd or even number. What will the highest and lowest numbers be? Will they be odd or even?

If you want to enhance your enjoyment of the lottery draw, betting on its results could be for you.

There are tons of markets you can place bets on, from the strange to the downright bizarre; if you have an unusual hobby then who knows, maybe you could profit from it!?