If you’re new to the world of poker and want to try something new, why not take part in an online poker tournament? You should have no problems taking part in them, so long as you have a basic understanding of how poker works.

How do online poker tournaments work?

There are two main types of poker you can play online: cash games and tournaments. When playing cash games, you’re playing with real money and can choose how much you want to buy-in for and when to buy chips.

With online poker tournaments, things run a bit differently: every player pays the same amount of money to take part and receives the same number of chips (usually between 1,500 and 3,000) to play with. The tournament ends once a single player has won all of the chips.

To prevent games from lasting too long, tournaments have levels that last a pre-determined amount of time. As each level passes, the blinds increase, pressuring players with lower stacks to either take a stand or run the risk of being blinded out of the game.

Everything about an online poker tournament, including the blinds, the structure, the buy-in and the time limit, is fixed. Tournaments typically start at a set time, though some start only once a certain number of players have joined.

The number of players that receive payments varies depending on how many players have taken part in the tournament. However, the pay is always distributed according to a set structure pre-determined by the casino. Most of the time, the top 15% of players will receive a cash prize.

What types of poker tournaments are there?

Freezeout tournaments are the most common type of poker tournament you’ll find online. In fact, a lot of online casinos just refer to them as ‘tournaments’. The way these tournaments work is quite simple: once you’ve run out of chips, you’re out of the tournament.

Can you play online poker professionally? 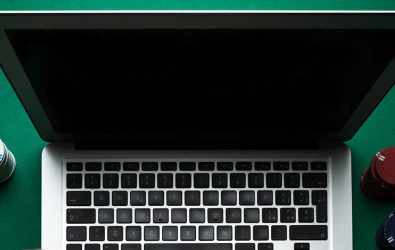 Rebuy tournaments are very much the same as freeze out tournaments, except you have the option to rebuy chips. However, you can usually only do this during a ‘rebuy period’ set by the casino. Rules as to when you can rebuy, how many chips you can rebuy and how many times you can rebuy vary from casino to casino.

Satellite tournaments differ from others in that they don’t offer cash prizes for those players who do the best. Instead, the top prizes are actually entires to much larger tournaments with much bigger cash prizes. An American poker player, Chris Moneymaker, won the Main Event at the 2003 World Series of Poker – he won his entry to the competition at an online satellite poker tournament.

Turbo tournaments are very fast-paced, hence their name. In these tournaments, blinds rise rapidly and levels are really short, lasting 10 minutes or less. They’re all about luck as they’re so quick that there’s not really much time at all to use a decent strategy.

Knockout bounty tournaments are great at encouraging players to knock others out of the game. Knock out a fellow player and you’ll receive a percentage (usually between 20% and 50%) of their buy-in. Just make sure you don’t get knocked out!

What ones are best for rookies?

The Fish ’N’ Chips Tournament Series at 888 Poker is a collection of four tournaments. They each take place three times a day and offer generous cash prizes and low buy-ins ranging from $1 to $30. There’s a restriction of only nine players  per tournament.

The Lucky Dollar tournament at Party Poker is only available to those who have been a member of the site for a week or less. The target audience of these tournaments is rookies. It’s great to have tournaments just for beginners that keep players with more experience and skills away. Buy-ins for this tournament cost just $1.

Poker Stars’ Daily Bigs are another group of online poker tournaments ideal for rookies. Their buy-ins are very low and you can even take part in a satellite tournament beforehand, so you could win your seat for even less. All of the Daily Bigs have big prize pools, which get even bigger every Sunday.